Building on the Past for Our Future 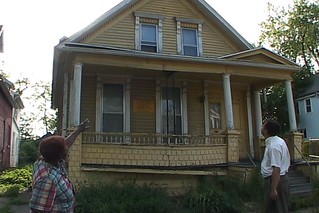 Back in 2009 I worked with filmmaker Diedie Weng on this documentary as part of Squeaky Wheel’s Channels program. Through this film, Diedie aimed to promote a conversation about low income communities’ efforts and struggles in revitalizing neglected historic Buffalo neighborhoods. It’s hard to believe the project began five years ago. Her efforts to film all those locations and edit all those interviews was an immense task, compounded by her living situation at the time. A Chinese national, she was living primarily in Toronto at the time, traveling between all three countries frequently.

Granted, my work mostly involved driving her to locations, procuring the right equipment, and other off-camera details. but it was still an eye-opening experience.  Since Diedie was not from the city she had a fresh take on every place and person she saw. Probably a thousand people watched the film at the premiere night or online soon after. Later I took the film to presentations at libraries, classrooms, and community centers, and distributed dvds by request. At least five hundred more people watched the films through those “screenings.” 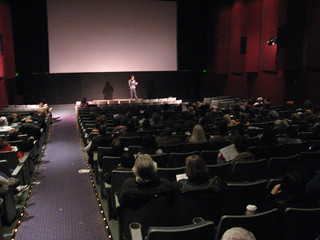 I think the film has held up remarkably well. There is nothing so unique about the problems being faced in Buffalo five years ago that cannot be understood by any city in America today. The recent Congress for the New Urbanism conference in the city tangibly articulated this. And issues in many of the places presented still persist: the bar being refurbished near the Central Terminal closed quickly, for example, and there is no new community museum in the Fruit Belt. The Market Arcade Film & Arts Centre, where the premiere and reception took place, will show its last movie tonight and close its doors. 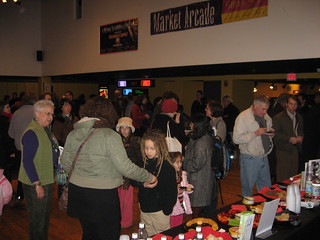 One location where we did a lot of filming has shown an amazing transformation: the German Roman Catholic Orphan Home on Dodge Street. Below is a photo from BuffaloAH.com showing what the outside looked like.

Now I can admit that we swung around the back and entered through some loose boards. This photo from FixBuffalo shows the inside: 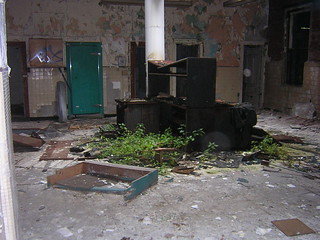 A smashed piano lay in pieces in the chapel, exposed in the darkness by holes in the roof. Down the hall, the floors were either covered in damaged tile or incredibly soft. I distinctly remember Diedie so concentrated on her camera that she did not realize the floor had given way right in front of her. Had I not warned her she would have fallen twelve feet right into the basement.

None of that footage made it into the film. Thankfully, the chapel and the adjoining building (seen above) is now part of St. Martin Village, a private redevelopment that uses part of the original campus as new housing. Click here to see a panoramic view on Google Maps. It’s not a perfect example of preservation but a sea change from what existed there half a decade prior.

This entry was posted on June 20, 2014 by Fred Schrock. It was filed under Uncategorized .