St. Ann, Pray for Us

By now most people have read about the dire straits of St. Ann’s Church in the Buffalo News.  Until the Catholic Diocese had fencing put up around the building, the church’s congregation was holding services outside.  Despite all the warnings, inside is one of the finest church interiors in Western New York.

The building was constructed on donated land between 1878 and 1876.  Back then, developers gave land for church construction hoping that it would entice prospective families to buy into a neighborhood.  But when the Steel Belt became the Rust Belt after World War II, congregations moved with families to the suburbs.  A free and easy look online shows what really led to St. Ann’s current condition, as descendants of the predominantly German-American community quickly vacated.

The neighborhood in 1959 (St. Ann’s is in the center), from HistoricAerials.com

I organized several tours into the church, right up until a couple of weeks before it was closed.  My photography skills do not do it justice, especially when it came to lighting, but here are pictures of its fantastic decorations.  Some of these photos were taken less than two years ago.

More history on the church can be found here,on their official website, and Broadway-Fillmore Alive.

This entry was posted on May 11, 2013 by Fred Schrock. It was filed under Uncategorized . 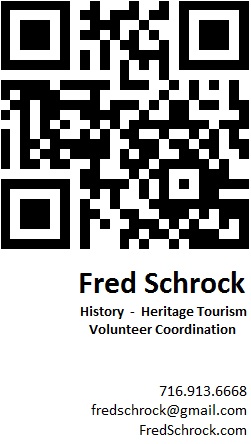